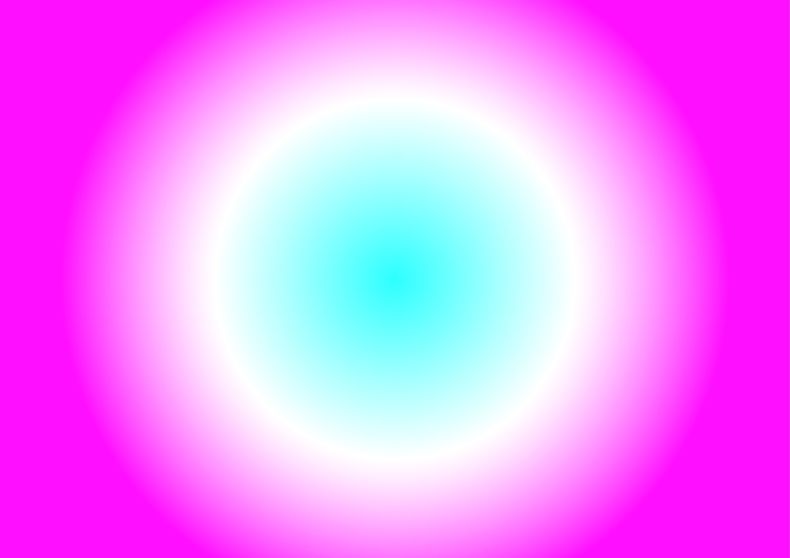 2 Media items ᛫ 6 Available artworks
2 Shows ᛫ 9 Highlights ᛫ 2 Recommendations
The use of the internet, social media and all electronic devices to keep communicating and keeping in touch with the outside world is currently more essential than ever. Apart from that, we already saw an increasing use of artificial and augmented intelligence in the art world. But the internet itself is now also used as a medium. Or better yet: a combination of the two. 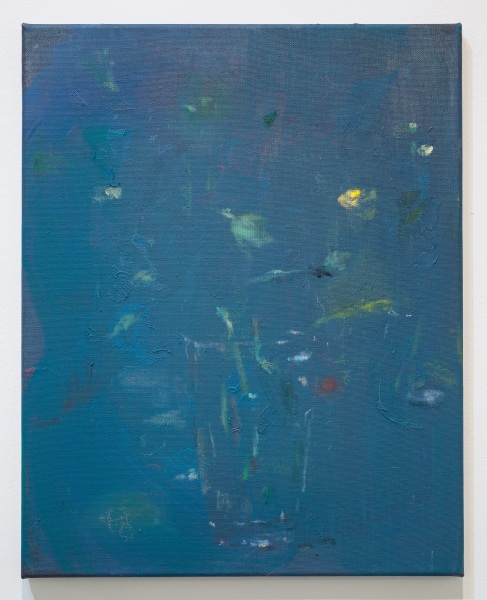 2 Media items ᛫ 5 Available artworks
1 Shows ᛫ 0 Highlights ᛫ 0 Recommendations
In this time of mandatory social distancing, we are facing something that we previously struggled with: slowing down. Maaike Schoorel (1973) only gives away a minimal part of the representation in her paintings. They are picture puzzles, where the work only reveals itself when you take the time to really look at it and investigate it. Looking at art and its essential perception is truly satisfying, is the conclusion of a scientific study by Dick Swaab, outlined in "Our creative brain" (2016). Another study conducted by The Art Institute of Chicago in 2016 also found that museum visitors don't stand in front of a work of art for any longer than an average of 28.6 seconds. Understanding Schoorel's paintings takes more time, but is amply rewarded.

2 Media items ᛫ 8 Available artworks
2 Shows ᛫ 3 Highlights ᛫ 5 Recommendations
Restricting your freedom of movement also means that more attention is paid to your immediate environment. You may suddenly notice small things around the house. In her artworks, Sarah van Sonsbeeck (1976) incorporates the ordinary, the often inconspicuous details surrounding us. For example, she records the footsteps of visitors to the gallery or her studio on canvas, immortalizes the residue of a layer of water in an old bucket in bronze and incorporates the traces left on her studio door by a previous tenant who apparently had trouble finding the lock in a painting. Suddenly, such seemingly meaningless details that surround us all the time take on a deeper meaning. They allow you to dwell on questions about history, about people, about existence. 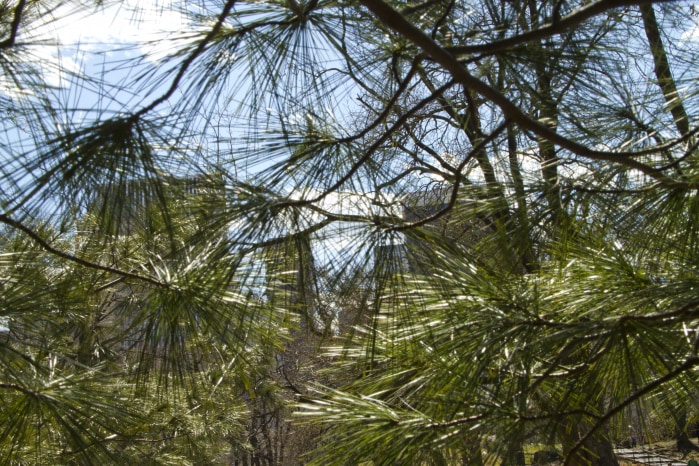 2 Media items ᛫ 28 Available artworks
0 Shows ᛫ 2 Highlights ᛫ 2 Recommendations
Thankfully we are allowed to go outside every now and then. And then there is that quiet city, as we have never seen it before. Gabriel Lester (1972) is an artist who tells stories through his work. He uses a wide range of techniques for this: from installations to film, video, photography, performance, music and even architecture. In the series "The Secret life of Cities" (2014), he photographed the city as if you were hiding and spying on the city from your hiding place. 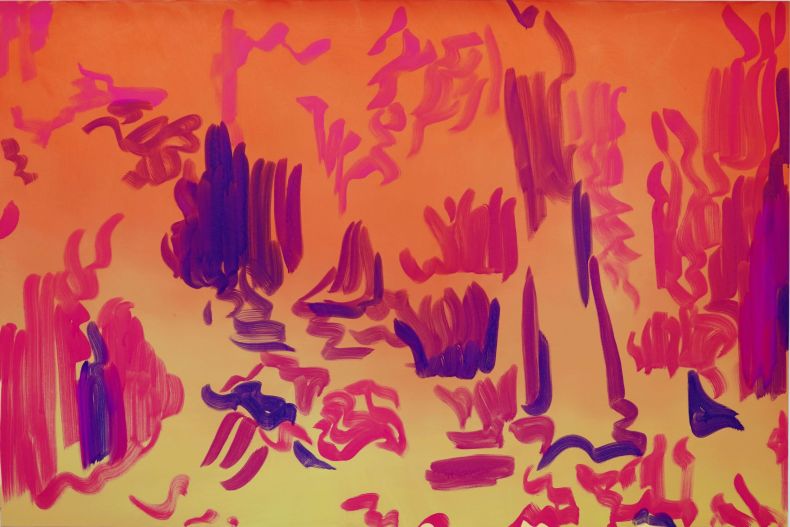 0 Media items ᛫ 18 Available artworks
3 Shows ᛫ 0 Highlights ᛫ 0 Recommendations
Also, when you walk outside you can notice little things: the glare of the sun on the water, the bluish light of the early morning, the shadow of the people around you, the movement of the leaves in a tree. Evi Vingerling (1979) records these sources of inspiration, holding on them to in her mind. Once she’s in her studio, she immediately applies them to a canvas in one go. Using quick-drying paint, there is no time or space to redo something. This results in clear flowing shapes, exactly reflecting Evi’s impressions, which are generally not easy to capture. 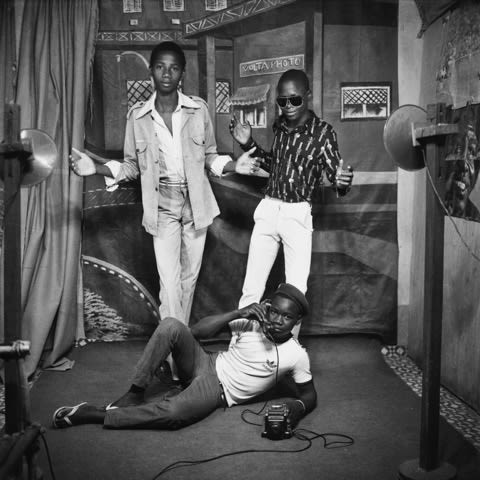 0 Media items ᛫ 12 Available artworks
2 Shows ᛫ 0 Highlights ᛫ 0 Recommendations
In times of adversity, the survival mechanism in man also emerges. The creative solutions to get through this period as well as possible are endless. And that has always been the case. Sanlé Sory (1943) lives in Burkina Faso and started his career as a photographer in 1960 when the then Upper Volta became independent from France. In an effort to hearten the population, he started the Volta Photo Studio, where young people could have picture taken. Fashionable clothes were present, trendy sunglasses, hats and chains. You could choose a setting where, for a moment, you could imagine yourself being in another world; an unreachable world of glamour and wealth. By means of decor backgrounds of, for example, an airport, metropolis or beach and props such as a telephone or un umbrella, the photos show a surreal image that reflects the spirit of the times in an artificial environment. 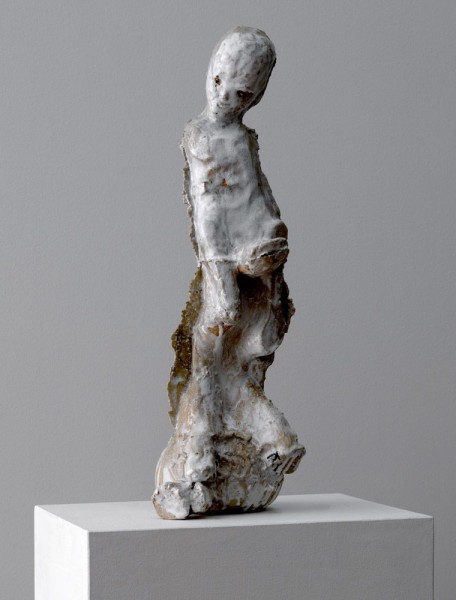 5 Media items ᛫ 17 Available artworks
4 Shows ᛫ 3 Highlights ᛫ 1 Recommendations
The current period also demands reflection. We live in a moment to reflect on such issues as who we are, where we are at and how this came about. Human vulnerability is clearly reflected in the images by Johan Tahon (1965). His subject is always human, without gender playing a role. As he describes it himself:
"My sculptures reflect on the world, but also on their own being." 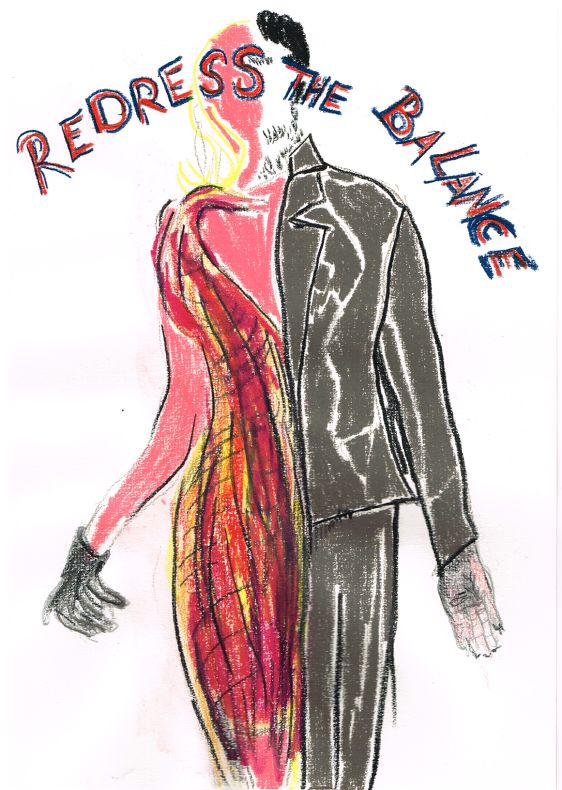 3 Media items ᛫ 12 Available artworks
3 Shows ᛫ 4 Highlights ᛫ 1 Recommendations
And then there is the artist who comments and questions current times in his own creative way. We know Berend Strik (1960) mainly from his stitched photos. By adding threads and patches, he makes the representation in the photo his own. His drawings are less known. He makes powerful statements in A4 format in coloured pencil and chalk. A kind of contemporary aphorism in text and image. But they can be explained in many ways, as the artist's underlying idea is not forced on you. These drawings challenge you, are sometimes cynical, but are also happy because of the ever-present dose of humour.
Curated by:
Jeannette ten Kate , Kunstadviseur The Art Connector